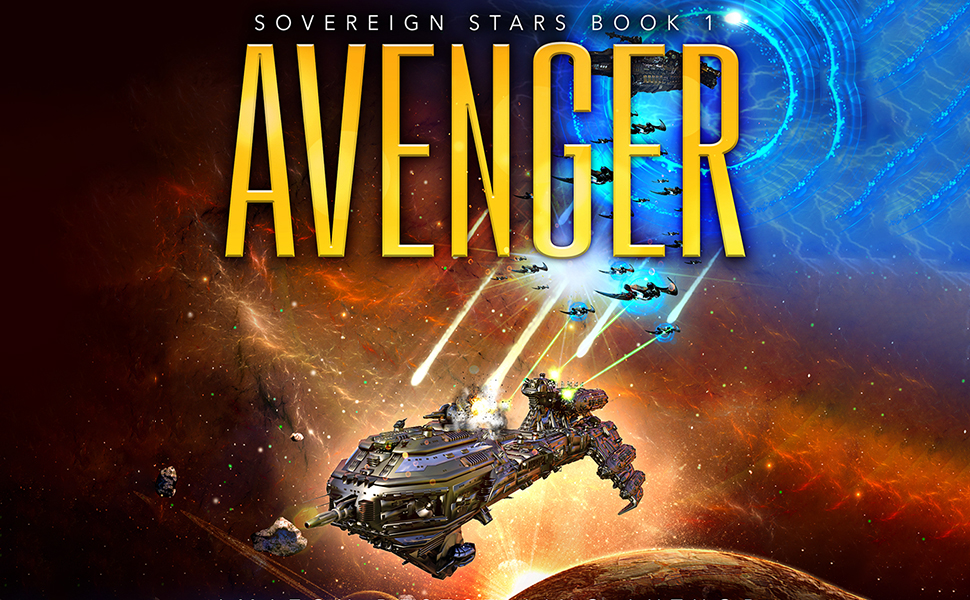 “Set approximately twelve hundred years after humanity began colonizing the galaxy, only to find it devoid of alien life, the book sees the peace of human existence disrupted after a dangerous new threat appears. A fanatical invader who is offended by the very idea of free will begins a campaign against the human race who face a war for their very survival. Science fiction stories on this scale live or die based on the worldbuilding that the author has done to create a rich backdrop for the story to take place, and I’m happy to report that this book is an excellent example of how to get space operas right. Author Blair C Howard’s vision of humanity over a millennium in the future is detailed and well-conceived. The story set within it balances the very best elements of military fiction and political thrillers to create an unmissable tale with exciting and nuanced characters, each with their own agendas. I particularly enjoyed Richard Morian, Captain of the titular Avenger, who finds himself thrust to the forefront of an impossible war but is determined to play his part in saving humanity. Overall, Avenger is a science fiction novel that has it all, and after finishing it I’m excited to read the next installment in the series.”

The World of The Sovereign Stars!

In the year 2052, physicist Mark Holder discovered the Slipstream drive and humanity reached for the stars and began to colonize the galaxy. For centuries, humans continued to populate system after system without coming into contact with intelligent alien life. But man is a natural predator, warlike and greedy. After many generations of minor warfare, humanity faced a near-extinction-level event remembered now only as The Purge.

The vast majority of humanity did not survive. Those that did owe their survival to a few hundred Heroes—starship captains and generals—who brought an end to The Purge and began to restore order in the galaxy.

These Heroes are thought to have had a range of powers, including telepathy (commonly called Psy), telekinesis (commonly called TK), and even a form of second sight that allowed them to see events in the future and thus predict probable enemy movements (these are the Seers).

Over the centuries that followed the end of The Purge, these Heroes of old passed their powers down to their children. And so, the Heroic Families were formed, bloodlines that can be traced to the present day.

After The Purge, humanity embraced a form of monarchy. Each star system with a habitable planet – which serves as the Capital for the system – became a Kingdom in its own right. In almost all cases, the royal families can prove their bloodlines come from Heroic blood. Although, over time, despite efforts to keep them pure, the bloodlines became clouded.

Mankind, now in a kind of golden age, has achieved a level of stability not seen since long before The Purge. People live for an average of 175 years. Kingdoms are actively colonizing once again, exploring out through the network of slipstreams. Outposts and settlements become colonies, and colonies eventually become kingdoms.

Science rules the day, and even those of heroic bloodline do not have TK or Psy abilities. Most of humanity believes the stories of the Heroes are only legends and fairy tales.

The military is now partially unified and partially fragmented. No substantial war has been fought between kingdoms for more than two hundred years, so there is now a single United Sovereign Fleet (USF), but the Carrier Groups within this fleet pledge loyalty to a specific king and kingdom. Individual kingdoms also have a royal militia, a kind of security force.

Overseeing all of these kingdoms, the United Sovereign Fleet acts as royal peacekeepers and protectors. But what, do you suppose, would be the outcome if they had to face a threat from a superior alien race?

Hello. My name is Krista. I am the Avenger’s artificial intelligence; her A.I., and I’m going to tell you the story, the whole story. 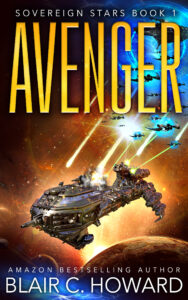 Five years after physicist Mark Holder discovered the Slipstream Drive in 2058, humanity reached for the stars and began to colonize the galaxy. For centuries, humans continued to populate system after system without encountering intelligent alien life.

Some twelve hundred years later, after many generations of relative peace, in the year 3278, human space is invaded by a powerful and mysterious enemy. To these invaders the very concept of free will is heresy. Their crusade—to eradicate humanity.

The war begins, and the fight for the survival of the human race is on.

Book 1 of Sovereign Stars, Avenger, is the first novel in a gripping, action-filled military space opera in which Avenger, under the command of Knight Captain Richard Morian, is sent to one of the outer star systems on a rescue mission. What he discovers there suggests the entire Orso Carrier Group is destined for annihilation. 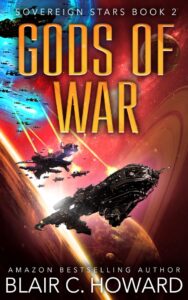 Fourteen months after first contact, as the Sovereign Star Systems prepare for another alien attack, Captain Richard Morian and the Avenger are ordered to Beta Arietis in the constellation of Aries where they hope to find new resources and perhaps even new allies to help with the war effort. What they find there is . . .